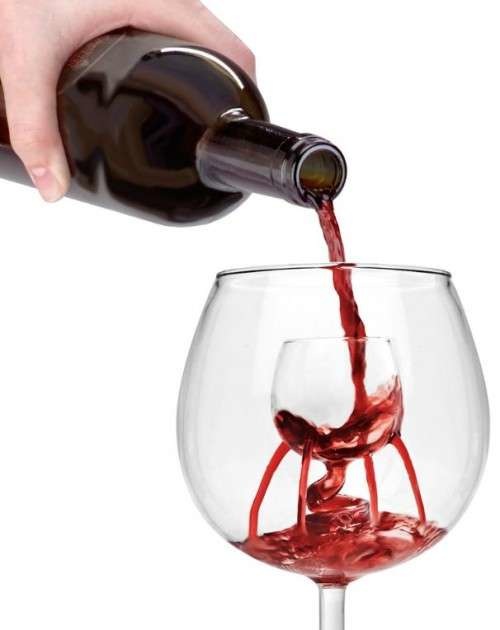 Importing wine into India sounds like a lucrative business proposition. But if that is really the case, why have some companies shut down and so many others are struggling to stay afloat? Without further ado, here is a step-by-step explanation of the various stages of duties, taxes, and other levies that an importer has to pay in order to get wine into India. India is best regarded as a giant subcontinent, a unified entity wherein each smaller part adheres to the larger central administration but then each state also has its own set of exclusive laws which can be (and most often are) entirely different from the central laws as also from those of other and/or neighbouring states. Three states will be covered in this entry: Delhi, Maharashtra (Mumbai/Bombay), and Karnataka (Bengaluru/Bangalore).

One last caveat: all taxes and levies are applied in a cumulative manner, which further inflate the final price much beyond the mathematical sum of all the individual tax/levy percentages.

The following additions are common to all foreign wine, no doubt which state they are destined for. However, these are not levied on wines of India being sent from one state to another.

I. The wine labels need to be registered for the period of one financial year, from April-March. Cost – INR5000/annum/label. So a house bringing a white and a red wine from their own Domaine (even if with the same brand name) will have to register them as two different wines.
II. The wine will now be levied with a Vend Fee, which is 65% of the IP as mentioned above. It is called Vend Fee although it is a state levy. Why not Excise? Hmm, we’ll get to that later, maybe. Let’s call this vend-fee paid price (VFPP).
III. En suite, we add the distributor’s margin, which, safe to assume, can be about 15% of the value, thus giving us the distributor price (DP).
IV. The retailer will buy the wine at DP, and will have a quasi-fixed margin, say about INR50/-. I say quasi-fixed as the state government sets the Maximum Retail Price (MRP) for all wines sold within the state of Delhi. Not very lucrative to be retailing wine then really. Oh wait, the law reads, either INR50/- per bottle or else 15% of the MRP, whichever is lower! Yep, that’s it. Fifty measly rupees.
V. Finally, a 20% VAT when one buys the wine. Strange, how a wine has excise and VAT both levied on it…oh wait, that wasn’t excise. That was a ‘Vend Fee’. Not the same thing. Oh no, not at all. All’s well then.

I. The registration here is INR5000/wine/annum.
II. The excise policy is simpler here. INR225/bottle for an MRP up to INR6000. Beyond that, it is 5% of MRP. Simple, that. Also, effective as it makes expensive wines become a better deal whereas the levy ensures level-playing field for entry-level foreign wines and local Indian wines, for the latter too have their tax-and-levy woes to have addressed.
III. Then it is the distributor’s margin, which can be somewhat similar to Delhi.
IV. The retailor here can add his clean 12% cut.
V. VAT stays.

I. The Karnataka State Beverage Corporation Limited (KSBCL) controls all distribution of alcohol for the state.
II. Registration is INR10,000/wine/annum.
III. They levy an excise levy of INR225/bottle.
IV. KSBCL then commands a 0.5% (distributor) margin.
V. Retailer adds 10%.
VI. No VAT! Hurrah! Why? Really!? You wish to know why they don’t charge more? Well, since they already added the margin above in point IV. But it is one most sensibly tagged margin of 0.5%.

Hope this helps outline the system, or rather, systems, prevalent in India. Sure some of you may find them inexplicably prohibitive but I know many places where the laws can be even more quirkily archaic.

Once again, this is a sketch and it merely outlines the structure of the duties and taxes. It leaves out certain details – Octroi in Mumbai, Chemical Analysis costs for new wines being registered in a state, etc. Margins commanded by both distributor and importer can always vary, depending on order size and distance from warehouse, as also other conditions of delivery (for e.g. using a refrigerated truck versus an open tempo.)

The idea was not to create a detailed flowchart for prospective exporters around the world but to merely highlight how a wine price will change to reflect the various additions along the route.

A bit discouraging some of you may feel but I can assure you that a lot of wine still sells in India. How come? –Because Indians are used to these pricings. Sure we drink better when we travel but in India, especially for those who have travelled extensively, or lived or worked abroad, and have inculcated this habit, they surely do try to keep up with it as much as they can stretch to allow themselves a glass to go with their meals. In other words, we may not be lapping up the Grands Crus and the Super-wherevers of the wine world just yet, but we are building slowly yet steadily into a formidable wine-consuming nation.

As a personal observation, if I may dare-add, in the long run, the taxes will change. They will modify in a manner that expensive wines will stand to gain from it. Lower-priced wines will face a two-edged sword: the burden of high levies and the rise in the overall quality of Indian wines which shall make it ever more competitive in the retail space in that (affordable) price segment. The discerning Indian vino will soon be one who appreciates his Barolos and Barossas, (his Champagnes and his Cape Blends, I add, for political correctitude) and enjoys them from time to time, but will sip more and more locally produced wines to quench his quotidian thirst. It’s not a bad thing at all. Good cheers all around then!

(Given my lack of dexterity with uploading a worksheet, I am happy to provide the spreadsheets to help work the calculations for the states mentioned. You may write in requesting me it. Don’t forget to say please.)