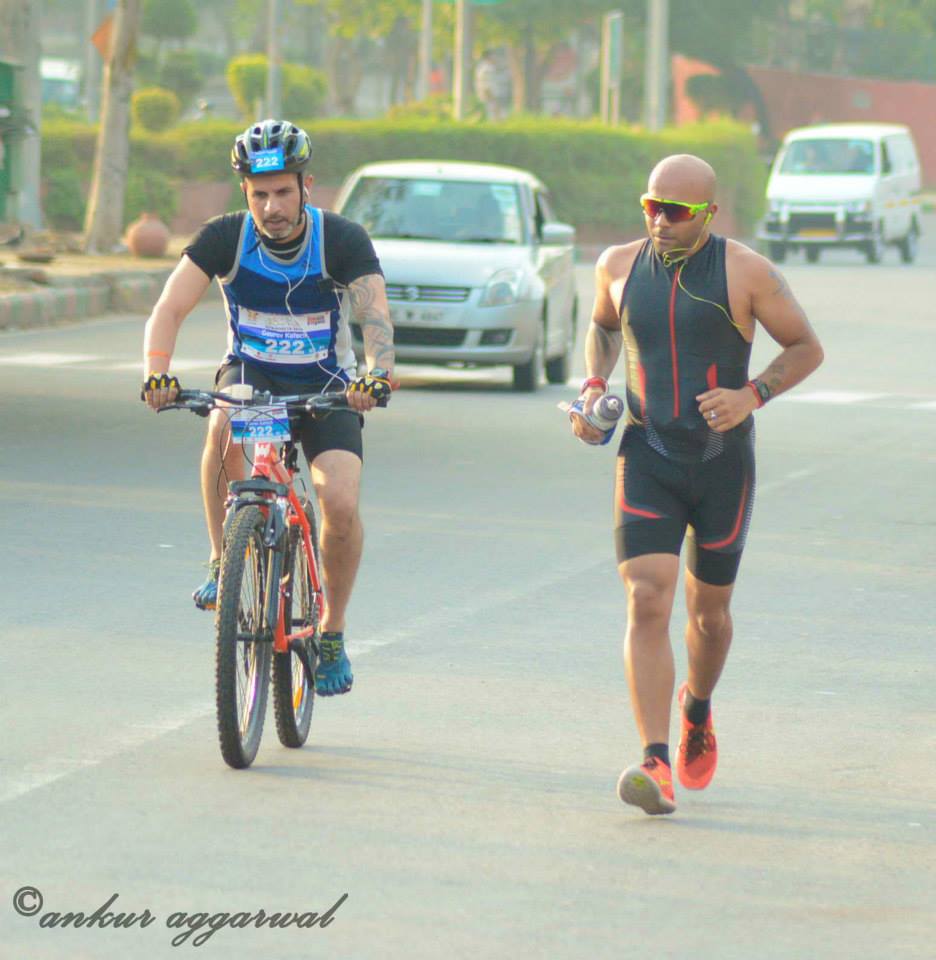 Nike, the brand that pretty much created the concept of the running shoe, finally came around to saying that maybe it’s better barefoot. But to up and rubbish the idea of running shoes in its entirely wouldn’t have worked; it would amount to saying that all that you have believed in so far was wrong.

But before anybody thinks I am out to get Nike, I am not. For one, I have barely had this shoe for a while and have found a lot to love about it. That settled, let me get back to where I was.

So, for long, running shoes have come with cushions and gels, foams and rubber pads, multiple densities, various zones depending on impact and recoil, and more such technical malarkey. Some of it was relevant, some pure marketing. And this isn’t just Nike, everyone had been quick to jump on to the bandwagon.

But then this book happened, ‘Born to Run’ where the author, Christopher McDouggall spoke about how he went from being a sluggish runner with aches and pains to this ultra-running machine, all by going barefoot. But more than just a one-man narrative he backed it up with data and quotes, not to mention the astonishing feats of the Tarahumara tribe of Mexico who not only run barefoot but can also run endless. Their average race could last over a day and cover over 200 miles!

Now that sounds convincing enough. And it did manage to convince more than a few people in recent years to chuck the running shoe and go barefoot. So far so good. Nike saw potential and instead of dissing the whole idea went back to the R&D table and launched the Free series.

Free is constantly being upgraded and this year they have versions 3.0, 4.0, and 5.0 – the cushioning increases with the numbers as also the drop (i.e. difference between heel and toe height). If you have no idea what barefoot running entails, go for 5.0, if you have been clocking miles on grass and dirt with nothing but your soles, you will enjoy 3.0. That said ,if you are curious about barefoot-ing it but have never tried it before, go for the 4.0, that way you get an idea without hurting yourself. The 5.0 are too close to standard running shoes. The ones reviewed here are the 3.0 the closest to barefoot running you will ever get, without well umm, being barefoot.

That said, I am admittedly not a dedicated barefoot-er so my gait and stance were never meant for such shoes. And yet, without feeling much of a change to my stance I was able to shave off a good few seconds from my runs. So either I don’t have a specific stance or else I am adaptably amphibian like that.

But if you are not used to the feeling, then you might injure yourself with a heel-first strike; won’t happen instantly but the chances with each step would be higher. So don’t just get these out of the box and go on a long run as normal. Test the waters with shorter distances, and try them slower than your usual pace.

The uppers on this shoe are basically a sock, a lightweight Flyknit sock. I loved it, for not only does it manage to be firm and pliable at the same time, they are a cinch to pull on and in a recent triathlon event, they helped shave a good few precious seconds off the transition clock. You don’t necessarily need socks with these but keep running like that and the shoe may soon smell like a dirty old one!

The sole is a hexagonal interlocking pattern with deep grooves that allow each arc of the cells to move independently and in multiple directions. Mathematically speaking that is a lot of possible permutations for lateral movement but what it really translates to while running is that the sole relays the landing sensations to the body by mimicking the way a bare foot would have landed on the same surface. So big up for responsiveness even if it means heightened susceptibility to sprains and jerks. But gradually, one finds, that, as you learn to land with these, muscles and intuition take over and you start landing softer and in more measured a manner.

Clearly this is not a shoe for the first-timer or weekend leisure runner. None of the benefits to be had from this pair are short-term. Keep going and go slow and you shall soon unbox their potential. Go fast and it’s a one way ticket to the physiotherapy clinic.