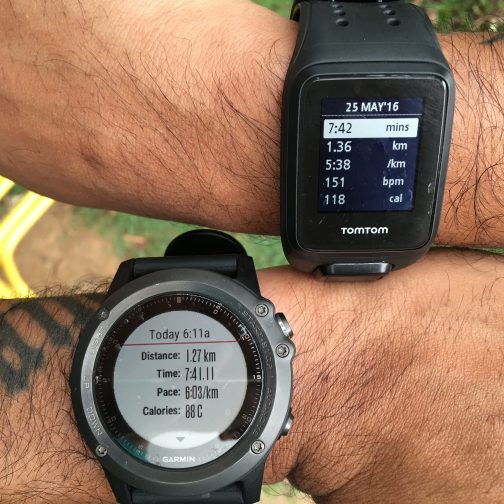 Till a few years ago athletes had no problem wearing heart-rate monitor straps. They were unsightly, uncomfortable and the biggest reason for making us men look like we were wearing a cup size too small, and yet, everybody put up with them. Why? Because monitoring the heart rate during a race or any physical activity was a vital statistic to understand effort levels, how much we were putting in, what we were getting out, and how much further could we push ourselves.

Mind you a lot of good elites out there did all this minus a Heart Rate Monitor (HRM) but for every such athlete, we have at least 10 stat weenies who just want to have every gadget under the sun that can throw any possible graph, chart, ratio, or percentage at them.

Then, some time back, HRM shifted to wearables — a much coveted category that every body wanted in on. So now you didn’t have to deal with unwieldy straps, you could simply slap on a wrist band or similar and go! Trouble was that the readings were quite patchy and not entirely reliable. If you think having your pace off by a few seconds is detrimental in a race, imagine having an HRM that reads your HR 10 beats off!

Over time, they have gotten better and the algorithms and methods applied to gathering HR data has much improved. Not getting into what each brand utilises but the most common system tracks your HR by judging how your skin colour changes when blood-flow in the veins underneath alters. This is then interpreted to read out out heart rate.

At the moment, the two hot contenders are Garmin and Tomtom. Yes, they’ve taken their battle off the (GPS navigation) road and into these new fields. They already had the tracking wherewithal, and so they went and added optical HR into the mix. These are not detailed reviews. We all know where to go for those. Mine is much humbler an effort, also based on first hand use but not as in-depth and thus, perhaps, quicker to glance through.

So instead of describing each unit separately, I thought I’d go it side by side. Comparisons help to better establish what may suit someone more than the next person. 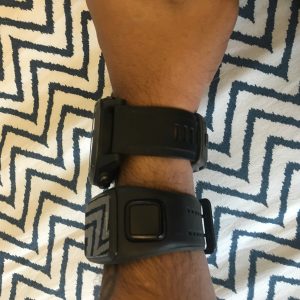 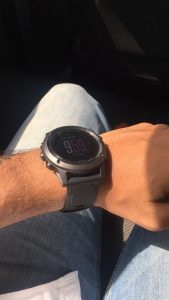 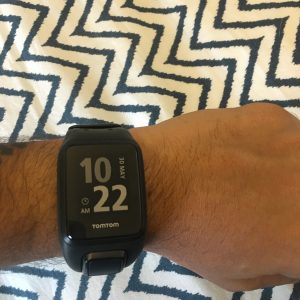 The Garmin Fenix 3 Sapphire is a bold watch. It has always been a bold watch. It is a statement on your wrist, that you run, swim, or cycle. And that you are proud of it. In fact it is so big and chunky that it won’t even slide under your shirt cuff, so it is always out there. And it’s heavy. I wear it lose through the day but when I start an activity I have to tighten it else it feels like an out-of-resonance bouncy hunk of metal sitting at one end of my arm. But once tightened, it sits snug and fine. Strap options abound and I like the quality of rubber in the one I have here for reviewing.

The Tomtom, by comparison, is much simpler a construct. It is similar in design to the previous model but a lot narrower and sleeker. I have to say I was not impressed by the locking mechanism which looks like someone broke the clasp and left behind three sets of plastic stubs. And yet, they hold firm and sleek and don’t pinch. It is also a lot sleeker on the back, unlike the Fenix 3, which has a very obvious bump there to accommodate the HRM sensors. 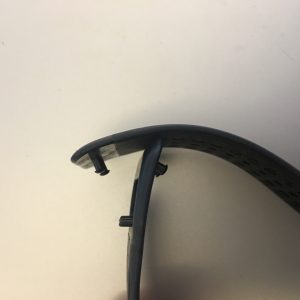 The Gamin Fenix 3 is a multisport watch and also a triathlon-ready watch. This means, you can switch on the watch in that mode and it will log all three activities as a single contiguous one with transition times also being accounted for.

The Spark, while also multisport, doesn’t support triathlons. So you’d have to start and stop each activity separately which is avoidable and cumbersome. But when in training, it’s not all that big a hassle really because I usually don’t combine activities.

The Fenix has five buttons, along the perimeter of the bezel and one is a dedicated light button. The other two on the left side are for scrolling while the ones on the right will move one level up or down the menus. Simple and easy to memorise which is utterly useful when browsing through start on the go.

The Tomtom retains its four-way joystick-like control from the previous model but unlike the previous model, where the backlight was activated by tapping on the watch (and sometimes you needed to tap an entire bar to a rhyme to get it to come on), now you perform a sort of a squeeze with your index and thumb on both sides of the watch-face to activate it. It didn’t work for me every time but still more responsive than the previous model. 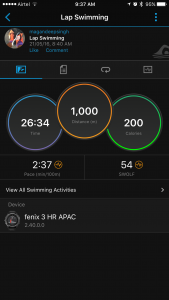 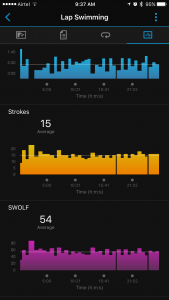 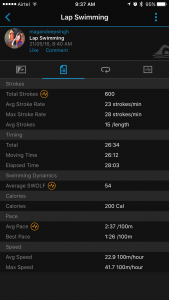 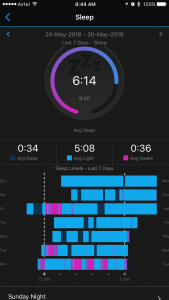 The Fenix 3 HR has more menu options than a Chinese restaurant. Some things are embedded so deep, you don’t even know how to go back to change it and I find myself Googling the manual ever so often to remember how to tweak a particular configuration. You can customise the watch to no ends (from watch face and colour and style of display to stats shown and their order). The colour rendition on the screen however is terrible so it won’t just be the unique reason you go for this watch. 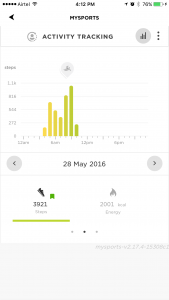 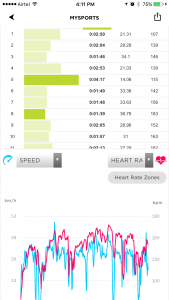 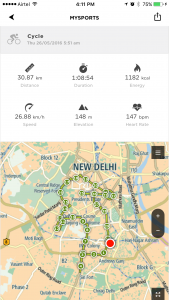 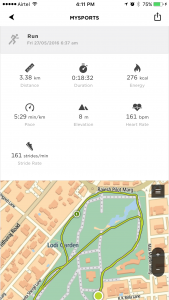 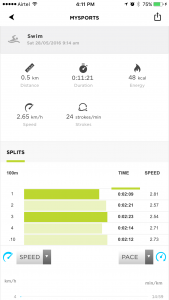 The Tomtom is simpler but then it is also a less-souped up device. However the ease of navigation here is definitely a plus for someone who doesn’t want to be inundated with data s/he doesn’t need. The app too is less data heavy and manages to convey all fairly neatly but it does take a lot of time to transfer the data. Considering that the Garmin crunches almost three times more figures, it still manages a rapid transfer.

Also, and this may sound like an odd thing to bring up, the Tomtom is way easier on the hair on your wrist when you wear it. Trying to press the buttons on the Fenix while wearing it is almost painful for the amount of hair-tear. Now am sure that triathletes are built of stronger stuff but even they’d wince at a nasty hair-pull. That said, hair will affect HR reading on both watches so best to trim your wrist even if that sounds weird. On the flip side, with the massive Fenix nobody will ever see that crop circle on your wrist.

Finally, the activity recording. So, the Garmin is a strict watch in that it records on a tighter strain. It shows my runs as slower, my distance as lesser, and my HR as higher when engaged. The Spark is definitely more lenient. I am sharing some screen shots from the same activities (swim, cycle, run) and one in a different city as well. Each time, the Fenix presented a less glorious picture while the Spark made me feel like more of an athlete.

The question is which watch was more accurate? I really can’t say. With some figures I used my phone or a traditional HR strap to record some data and although both devices were close enough, one was always tighter inits measurements while the other seemed more relenting.

Have a look for yourself.

I don’t mind training with the Spark, it is a tremendous step-up from the previous model which turned out to be quite a disappointment for me. This one is quick on the GPS pick-up, shows better battery life, adds activity tracking to the mix not to mention music storage and playback too, and is overall a better device ground-up than its predecessor.

The Fenix 3 is an all out sports beast in a bespoke suit. It can look good in any setting and it records everything. Features like Tracback are definitely a plus when you just want to get back to where you started from. The battery is formidable and easily lasts a working week with activity tracking on and one one-hour workout being clocked everyday. Connect it to compatible instruments and straps and you get data from your many peripheral devices both back and forth (like, you can see your HR on your cycle computer) and also, a rare stat, swim HR. Mixed reviews for the moment regarding its accuracy but it’s (finally) here.

Both have sound and vibration alerts but the Fenix has a much softer buzz whereas the Spark will deliver a puncher jolt to your wrist. Consequently, it drains battery more I imagine.

So, which one should you get? Well, these devices are in a very different price bracket (Garmin Fenix Sapphire HR is circa INR50,000/- whereas the Tomtom Spark Cardio is INR18,000/-). Sure there are cheaper and more expensive versions in both but you get the idea. For someone who isn’t looking for a triathlon watch or one to take on expeditions and hikes, the Tomtom Spark is more than adequate. It  has enough muscle to handle all a leisurely athlete will throw its way and at that price, it is a really good deal, even when compared to the price of the same product abroad.

The Garmin Fenix 3 however is more cut out for those on a mission — Ironman, Olympic triathlons, trail marathons — and only they will be able to extract all the goodness from the plethora of features that this watch packs. (Even I don’t know what to do with some of the data that the watch threw up and I am training towards a definite goal!) The Sapphire glass is worth the extra money for then you know you won’t end up scratching it on your next adventurous sortie.

Both are great devices for HR monitoring. And strapless HR is definitely the future. We may still be miles away from the perfect device but for now, we have certainly come a long way. Choose one that fits your requirements and budget and gradually you’ll grow to love it.