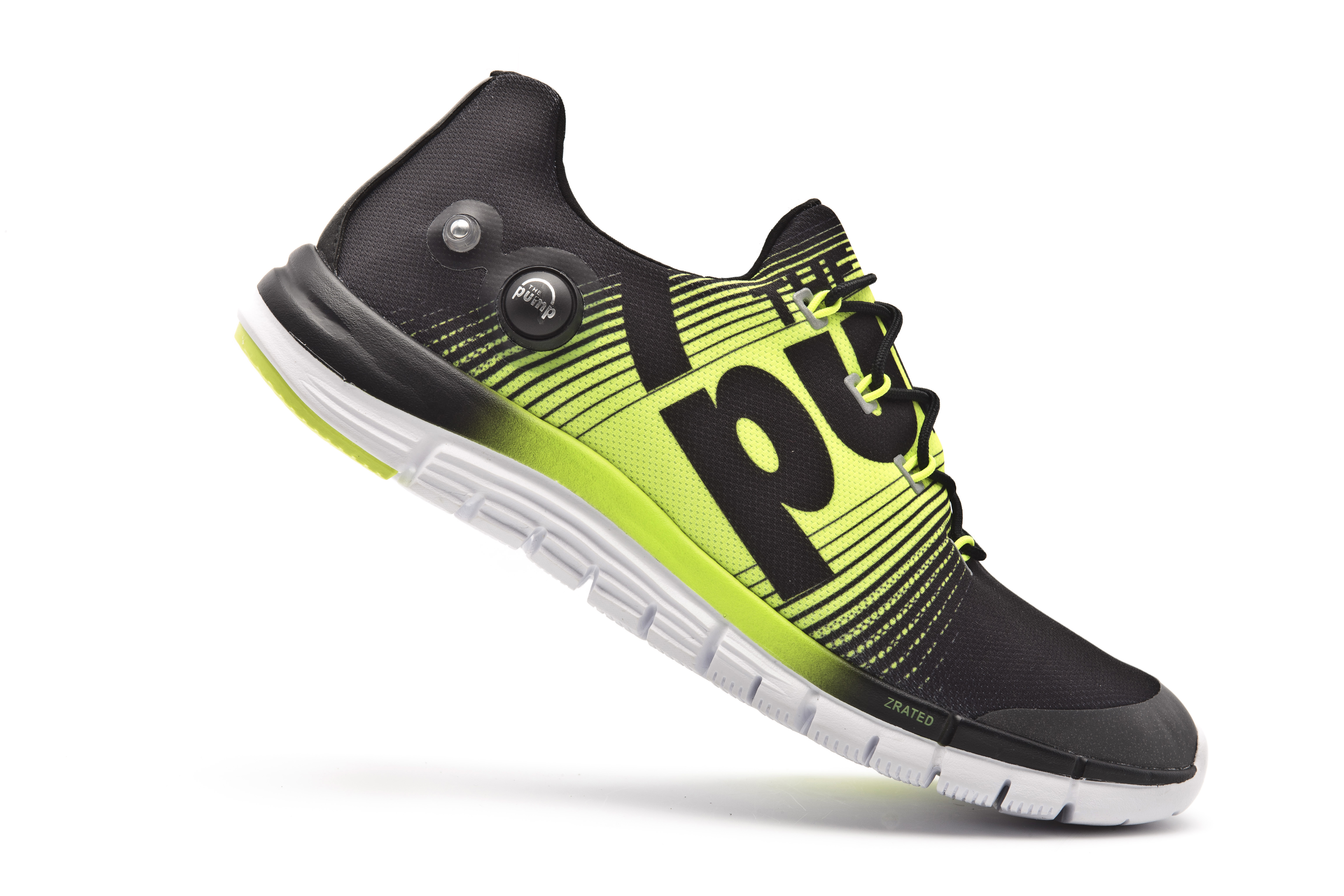 The folks at Reebok have clearly been busy. When they went and redesigned their logo I was pretty sure that it was the beginning of the end, like when a girl breaks up with her beau and gets a new haircut in the hope that it will obliterate the agony of her loss.

But some girls get lucky and manage to upgrade. Reebok was then one such fortunate lass. The new Delta logo, the three sides of which embody the essence of social, mental and physical health (or well-being), has a deep philosophical undertone. But I don’t base my running gear decisions on “philosophical undertones”; instead I don it and take them for a good spin, a few many times, and by the end of it, I know whether it works for me or not.

So without missing a beat, this new power shoe definitely works for me. It revives

something that Reebok now calls retro (the pump mechanism) but which was all the latest rage when I was in school. So clearly there was nostalgia. Then, it is based on the skeleton of the Z-series (that of the Z-tyre groove fame which made for slick fast running shoes) which has been a thoroughly enjoyable pair. And lastly, although it was loose and left too much room when put on, once you had the air in, they were as snug as a mouse in a shot glass.

Yes, please take a minute for that visual to settle.

Moving on, the run is soft and controlled; it looks sleek and performs so. The sole has carefully appointed cushioning so that it’s soft and rigid in parts, as required. Good for mid-foot strikers but also heel runners. I managed some awesome road running – given the “Z” skeleton, that was expected – but it handled surprising well even when I went off-piste. The shoe rides high around the back of the foot therefore the ankle support envelops closely and protects against sprains.

The laces aren’t my favourite bit and I will look for a suitable replacement. Also, the high-walled tongue-less snug and sock-like design means that getting into the shoe in the morning will burn a good few calories even before you hit the road!

But the only real fear is that if the Zpump stops working or starts leaking, you are basically going to feel like a duck in a marathon, or a scuba diver with his flippers on! But so far am assured it won’t happen. Mine are holding well in spite of a good few kilometres on them.

All said and done, it is a refreshing release from what many perceive to be NOT a core running brand. Price is a concern, especially if you wear out your trainers every few months. But the good bit is that in spite of all the doohickey they look pleasantly social enough for a night about town without needing you to change into urban sneakers. So maybe, that versatility could be viewed as a potential saving…

But why Zpump? Sounds like a Frenchman saying “The Pump”… ze pump eez goood, as ewe will zee… n’est-ce pas? I am almost embarrassed to even say it in public. “The Pump” is way cooler.

CONS: putting them on is a wrestle, laces not grippy and kept coming undone, the pump sometimes doesn’t inflate with a squeeze so you have to feel for the air cushion expanding, price(!)